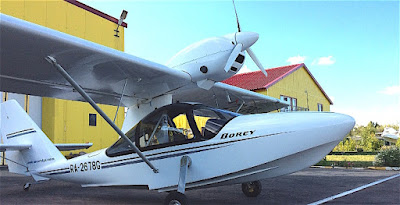 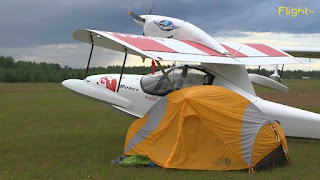 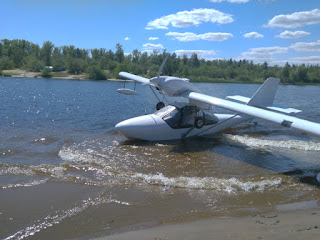 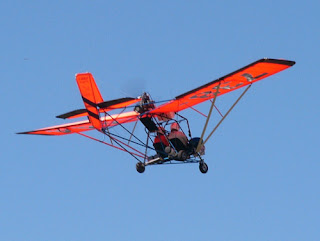 The 2018 numbers are a drop from the 0.35% growth seen in 2017 and far off the peak growth of 2008, just before the recession hit, when the private fleet grew at a peak rate of 3.2%. As the accompanying graph shows, growth rates in the private fleet have been in general decline since the 2008-10 recession started. The numbers seem to not reflect the recovery seen in the overall Canadian economy. The low Canadian dollar, compared to the US dollar, has probably also been a factor and its effect can be seen in the net number of certified single and twin-engined aircraft exported.

The US economy continued to do well in 2018 and its dollar remained fairly high against the Canadian dollar. The Canadian dollar ended the year at 73 cents US, down seven cents since the end of last year. Once again the low dollar resulted in a net flow of used certified aircraft out of Canada, mostly to US buyers.

Amateur-builts were in the number two growth position again in 2018, increasing by 37 aircraft, up from 35 aircraft in 2017, although down from a high of 67 in 2014. Interest in this category seems to be slowly trending downwards over time. In 2018 the aircraft added were made up of 39 airplanes and one amateur-built balloon, minus the loss of two gliders and one gyroplane. Airships and helicopters saw no new net additions this past year.

Amateur-builts now number 4,280 in Canada and include a wide variety of aircraft, from fixed wing airplanes, helicopters, gliders, gyroplanes to balloons, airships and even one ornithopter, although the latter is in a museum.

Advanced ultralights were in fourth place for growth again in 2018, increasing their numbers by 13 airplanes, well down from the 20 added in 2015. Their growth this year brought the total number of AULAs on the civil register to 1,254. By its category definition, AULAs are all powered, fixed wing aircraft.

The AULA category was introduced in 1991 and therefore 2018 was its 27th year in existence. The category has increased its numbers at an average of 46 aircraft per year since its inception and so can hardly be considered the success that was anticipated when it was started. As in recent years, the number of AULAs added in 2018 was well below the average from the category's earlier years. The low sales figures are mostly likely linked to the high price of new AULAs and their American counter-parts, Light-Sport Aircraft. US LSAs are also seeing very anemic sales numbers, far below the initial expectations in the US.

In 2018 the commercial aircraft fleet increased by 60 aircraft to bring it up to 7,012. The numbers show an increase of 40 airplanes and 21 helicopters, with the addition of one commercial glider, the sole one registered. Two commercial balloons were removed from the register.

In round numbers, at the end of 2018 the private fleet made up 80% of the aircraft in Canada, with the commercial fleet at 19% and the state fleet at 1%, all basically unchanged in recent years.

With the continuing loss of certified private aircraft exported mainly to the US, the private civil aircraft fleet saw near-zero growth in 2018. This was a continuation of the trend seen over the last four years and has been occurring despite the national economy doing well in this period. The growth that has been seen in the private fleet has been in the lowest-cost end of the fleet, while many higher-value certified aircraft are being exported. Factors such as increasing aircraft ownership costs, including high avgas prices; Transport Canada's over-regulation of personal aviation; airport closures, increasing lack of public support for burning fossil fuel for recreational activities; low interest in aviation careers by young people, due to low wages and increasing automation, despite a growing commercial pilot shortage; and an aging private pilot population, are all contributing to the lack of growth in the field.