An Interview With Phil Hale of Manna Aviation

Chris Falconar’s homebuilt aircraft designs are well-known in Canada. His company, Falconar Avia, based in Edmonton, Alberta, supplied many homebuiders with plans, kits and parts over the years, in particular for his wooden aircraft designs.

Falconar passed away on 9 September 2018 and the company was wound-up on 30 June 2019. The rights to his F-series aircraft, Minihawk, 2/3 Mustang and the S14 Miranda aircraft plans were purchased by Manna Aviation of Toronto, New South Wales, Australia and are now back on the market.

I interviewed Manna Aviation’s General Manager, Phil Hale, in July 2019, asked him about his company and his future plans.

1. Perhaps we can start with some background on you. What is your flying and homebuilt aircraft experience? 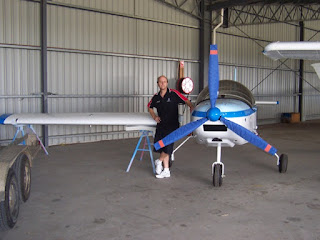 I initially learnt to fly in 2007 in Australia in the ultralight category (equivalent to light sport in the USA) and then upgraded to a full Private Pilots Licence in 2010. During 2008, I was introduced to a colleague who was building his own aircraft, it was a Jabiru 120 and after researching how this was achievable, I decided to give it a go.

After researching many designs and in particular, recognized easy-to-build kits, I decided to build a Zenith CH601 XLB. I built this aircraft from the kit and it was completed in two years, with the first flight being in June 2008. This aircraft was sold in May 2019.

In 2013, I got the bug to start another build, but this time is was going to be from plans. The mission for this aircraft was to be two seat, low wing, retractable undercarriage, respectable range being at least 700 miles, cruise speed of at least 160 knots and of timber construction. I decided to start an Osprey GP4 aircraft which is still in the build process.

2. When did you start Manna Aviation and what were the aims for the company?

Manna Aviation was started in February 2012 with the aim of providing a service to match available hangar space with aircraft owners looking for spaces. The aim of the business was noble, but the reality of finding and match hangar space was limited and not profitable. So began the change in focus, to finding products and services in the aviation industry, which are not currently represented in the Oceania region, was the mission.

The first product we came across was an oxy-acetylene welding torch for use in welding chrome-moly 4130 steel, for the rag and tube aircraft builds. This product was spun off as a separate business, Cobra Torches Australia. Once the welding torch business was established, Manna Aviation became our focus again.

We initially were looking for any aviation-related products and were able to seal a dealership with Flybox Avionics from Italy. We continued our search for other products and we fortunate to be able to pick up the plans business from Falconar Avia, to supplement the avionics business.

3. Who else is involved in the company?

Manna Aviation is a family owned and financed business, with four employees. We are a lean organization, which gives us the ability to adapted to an ever-changing world in which we operate. We add resources as needed to meet peak demands and provide the highest level of customer service.

4. You have a line of EFIS, Engine Information Systems, instruments and an autopilot system, all aimed at homebuilders. How did you get involved in these product lines?

We initially were looking for avionics products, which supported three fuel tank levels as well as the standard engine monitoring systems of EGT, CHT, etc and most of the common makes do not support three tanks. We were able to find a product made by Flybox Avionics from Italy. After making inquiries with Flybox about the product and finding out they did not have any dealers in Australia, we entered into a contract to represent Flybox Avionics in the Australia and New Zealand regions.

5. Your company is in Toronto, New South Wales, Australia. How did you come to get involved in Chris Falconar's aircraft designs all the way from Canada? Did you know Chris personally?

In 2013, while looking for the next build project, the Falconar F-12A “Cruiser” was one of the aircraft I was considering. I was specifically looking for a wooden design and the Falconar designs are a simple to build design with a proven heritage. Although I decided to build the Osprey GP4, I continued to monitor other wooden designs, you just don’t know what will come your way. I was unfortunate that I never got the chance to know or work with Chris Falconar, but my experience of working with Kalvin Falconar and Mel Locke in the transition of the business has been a real pleasure.

6. With the winding up of Falconar Avia this year, after Chris Falconar's death in 2018, you bought the rights to eight of his homebuilt aircraft designs, including the Falconar F-9, 10, 11 and 12, Minihawk, SAL P-51D Mustang and the S14 Miranda. What led you to want to market these aircraft classic plans over something newer?

As an aviation enthusiast, I am disappointed at the number of homebuilt aircraft designs that just disappear and are no-longer available. No contact details to follow up, they just disappear. There are many wooden designs that I would love to have on the books, I am trying to find contacts to make these designs available again, but to no avail. So, I like to think, we can preserve the aviation heritage that designs, like those of Chris Falconar and other designers provided, that started the homebuilt industry, like the Taylor Monoplane, Chilton, Jodel D-9, etc.

7. Is there still a market for plans-built wooden aircraft here in the 21st century?

There will always be a market for plans built wooden aircraft because there will always be the purest who wants to build from plans. Wooden aircraft have a proven heritage going all the way back to the Tiger Moths, and they are still flying. Wood is a wonderful building material and with the modern epoxy-based glues, the ability to build a wooden performance aircraft from timber is easily achievable today. With plantation timbers being available and suitable for building aircraft, the future looks good.

8. Will you be adding partial or complete kits for the aircraft over time?

With the purchase of the rights to the Falconar family of aircraft, came the full kit parts listings and over time Manna Aviation will begin to add kits for each of the aircraft to the range of products available. As Manna Aviation builds the business over time, we are expecting that all the kits previously offered by Falconar Avia will be made available. We will also look into partnering with other businesses in producing the kits.

9. It looks like you are selling the aircraft plans on paper, like Falconar did. Some, like the Mustang plans, are pretty big and heavy and must be costly to ship. Are you considering selling digital copies or are they less useful?

Manna Aviation will be offering the paper-based plans for the near future, while we digitize the plans sets. We have been looking into the shipping costs and this has been kept to a minimum where possible. With today's’ capabilities in digital file technology, Manna Aviation will move to a full digital file delivery of the plan sets. For those clients who prefer to have the paper based plans, we will produce the plans and ship them.

10. What does the future hold for Manna Aviation? Will you be adding more aircraft from other designers or a bigger range of building supplies? 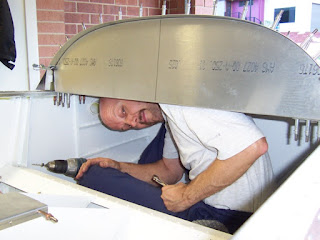 The future for Manna Aviation is bright, with the intention to grow both the plans and avionics business. We will always be on the lookout for new products to add to our range and this will encompass any product that is aviation-related. Manna Aviation will also be working with the team from Hipec Systems [of aircraft fabric coverings] to supply and recommend their products for use in the construction of the Falconar range of aircraft.

Manna Aviation hopes to provide builder-assist programs in the future and the development of a builders’ blog for the Falconar range of aircraft. In relation to adding additional plans from other designers, this is a major part of the business plan. We are dedicated to maintaining the wooden heritage and, where possible, re-establish the market of lost plans like the Jurca range.

11. Is there anything else you want to add?

The Manna Aviation website will be wholly devoted to the aircraft plans business and the avionics and parts business will be moved to a sister company Cobra Aviation. 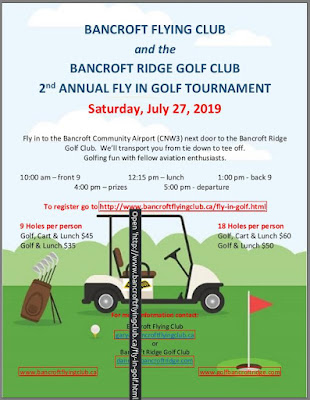