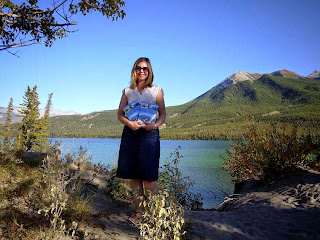 Danielle Metcalfe-Chenail's new book Polar Winds: A Century of Flying the North is out, having been given an official launch in Jasper, Alberta a week ago.

Polar Winds chronicles the opening up of Canada's far north by the pioneering aviators who took on the long distances and harsh weather, along with the aircraft that they flew to accomplish this.

Carol Shaben, bestselling author of Into the Abyss said about Polar Winds:

With Polar Winds: A Century of Flying the North, Danielle Metcalfe-Chenail brings us an extraordinarily intimate, engaging and all-encompassing chronicle of Canadian flight north of the 60th parallel. Metcalfe-Chenail proves herself a remarkable historian and writer, weaving factual accounts with compelling stories of risk, heroism and adventure. Brimming with amazing archival photographs and gripping detail acquired through meticulous research and personal interviews, Polar Winds is a definitive and important addition to the canon of Canadian aviation history. An astonishing accomplishment.