A word of caution to VFR pilots using Foreflight on their iPads or iPhones. VFR reporting points will appear and disappear depending on what area of the map you touch. Below are two examples of the Cumberland VFR call up point shown on the Ottawa VTA and the same area on a VNC. They have approximately the same zoom level, but the first, lacking the VFR point,  occurs when one touches the airspace well outside the VTA area. The second, including the VFR point, occurs when one touches the map inside the VTA area. Notice the Cumberland Call up point is one but not the other. 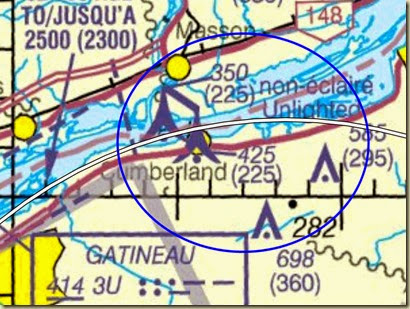 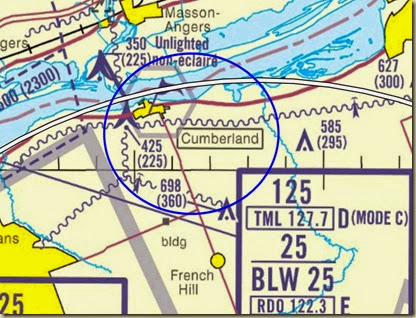 Have you noticed these issues too?

The same is true for most areas of Canada with a VTA chart, e.g. the the skyway bridge comes and goes, as does the Pickering Nuclear power station on Toronto’s VTA.

Also, am I the only one having problems getting the VTA and VNC legend documents in Foreflight?

I get the empty blank spaces shown in the screen capture below. I get a dark space when I try to read them. Seems to me to be trap for students and visiting pilots from the U.S.A., and I guess old farts like me. 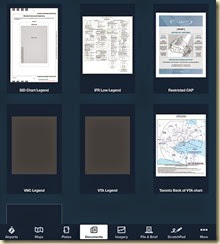 For those who care these images are captured on my iPad mini 64 GB model. All images are from the latest update, effective 21 August 2014, version 1409.

Regarding VFR reporting points, the VNCs and VTAs work on a 'tile' system. This allows ForeFlight to give you the exact VNC and VTA charts as they come from NavCanada.

The tile system works by bringing charts forward when you tap. Tapping on the chart that's visible on the screen will bring forward any chart that is below. This gets complex in areas where multiple charts overlap. For example, NavCanada prints 4 VNCs that have coverage in the CYND area. The Toronto North VNC, the Toronto South VNC, the Montreal South VNC and the Montreal North VNC.

Tapping in this area will cycle the overlapping VNCs forward. Zooming in and tapping will cycle the VTA forward. Since the VTA is the only chart that includes the VFR reporting points, you will only see these waypoints when the VTA is brought forward. We are working to optimize these areas where NavCanada has multiple overlapping VNCs, however we don't want to crop the VNCs, which would take them away from how they are made by NavCanada.

With the current tile system some tapping is required to bring the chart you're looking for to the front in areas like CYND where multiple charts overlap.

Please do the following to restore the VNC & VTA Legends documents:

1) Tap Documents.
2) Tap Catalog.
3) Tap NAV CANADA.
4) Find the VNC and VTA Legend titles in the Catalog, and swipe delete each in turn: swipe your finger right to left across the title then tap the red Delete button.
5) After swipe-deleting the VNC and VTA Legends, tap each title again to re-download the documents.

Thanks and fly safe!