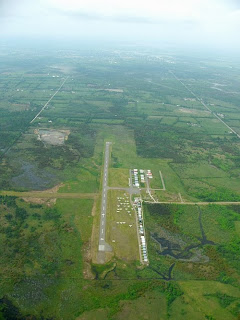 To: mailto:CARRAC@tc.gc.ca
Subject: CARAC ACTIVITY REPORTING NOTICE # 2013-014 RDIMS #8970782
I am writing to make comment on CARAC Activity Reporting Notice #2013 and the associated Public Consultation and Preliminary Issue & Consultation Assessment (PICA) process associated with: “a targeted regulatory project ……required to provide the Minister with the authority to introduce a requirement for the proponent of an aerodrome to conduct consultations with affected communities and local land use authorities.”
I am an active pilot with 12,000 hours and hold an ATPL for fixed wing aircraft and a CPL for helicopters. I am an aircraft & hangar owner based in Langley, B.C., and have flown extensively in most parts of Canada. After ten years as a commercial pilot in Ontario, Quebec, Labrador & BC, I joined Transport Canada as a Civil Aviation Inspector in the Pacific Region.I spent 31 years with the Department in various roles as an Inspector, Superintendent, Manager, & Director. Since my retirement I have volunteered my time as a Director for the Canadian Owners and Pilots Association, for BC & YT and am currently active in that role. I am also a member of the British Columbia Aviation Council. I feel that during my career in aviation in Canada I have spent over 20 years of that time dealing specifically with Airport and Aerodrome issues and I believe that this experience does qualify me to make informed comments on this issue and the associated process.
Yesterday I participated in a CARAC teleconference regarding the proposed changing of the regulatory requirements that will require local consultation regarding the development of aerodromes. The announced proposed timetable to Gazette 1 is April of this year, with a follow up to the regulations to commence in the Fall of 2014, that will include the revision of the definition of an “Aerodrome” that is fundamental to the issue. ”aerodrome” means any area of land, water (including the frozen surface thereof) or other supporting surface used, designed, prepared, equipped or set apart for use either in whole or in part for the arrival, departure, movement or situated thereon or associated therewith;
While this new process is designed to affect new and larger aerodromes, by nature of the definition and in particular the word “used” includes any place that an aircraft (fixed wing or helicopter) lands. This then indeed includes both public and private sites that have very legitimately been used for commercial, business and private use that will now be subject to interpretation by local authorities that will surely result in an unacceptable legal patchwork across the country.
In my experience this proposed legislation is one of the most fundamental and important shifts in Federal responsibilities towards aviation in Canada and will result in severe penalties to the aviation community if it is carried out without proper consultation.
I strongly request and urge CARAC to convene the full focus group process.
W.T. (Tim) Cole