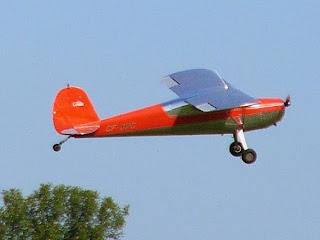 The Canadian private civil aircraft fleet continued to grow in 2013, but at a rate that was once again the lowest seen since 2003, lower than in 2012 and worse than at any time during the recession of 2008-10.

The numbers seem to indicate that recession is still very much with us and that the ongoing poor state of the Canadian economy is affecting aircraft buying. As in recent years, the fact that the fleet has continued to grow and not shrink is probably due to the persistently high asking prices for used aircraft in Canada, as the US economy and its dollar remained relatively weak through 2013. Towards the end of 2013 the Canadian dollar fell about 6% against the US dollar, but this still left aircraft asking prices higher than they should be compared to the US market. This has encouraged cross-border aircraft shopping and driven up the overall number of aircraft registered in Canada. As I have noted in years past, the main problem remains that many of those for-sale-but-over-priced-aircraft are also not being flown much, so while the Canadian civil fleet grows in size, the amount of flying probably isn't increasing and may in fact be decreasing.

In 2013 the total Canadian civil fleet increased in size by 538, compared to 593 for 2012. In 2013 the private segment of the fleet accounted for all the growth seen, increasing by 542, while the commercial aircraft fleet increased by only two aircraft and the state fleet, those aircraft owned by the various levels of government in Canada, shrunk by six aircraft. While private aviation is growing slowly, state and commercial aviation were both stagnant in 2013.

Certified aircraft have been leading the growth in private aircraft for a number of years. They lost that lead to basic ultralights in 2012, but regained it in 2013. The comparatively low US dollar combined with high asking prices for aircraft in Canada makes US imports cheaper than buying domestically. The numbers increased in 2013 with 187 certified aircraft added, up from 2012's total of 172. In 2013 the new additions to the certified fleet were made up of 133 airplanes, 11 balloons and 44 helicopters, while the number of gliders was reduced by one.

BULAs were once again the second quickest growing area of private aviation in 2013, after certified aircraft, after being in the number one spot in 2012. In 2013 the category increased by 153 aircraft and accounted for 28% of the private fleet growth. There were 5,780 BULAs registered at the end of 2013.

Amateur builts now number 4,069 in Canada and include a wide variety of aircraft, from fixed wing airplanes, helicopters, gliders, gyroplanes to balloons, airships and even one ornithopter.

This category has continued to suffer from low numbers of aircraft being moved from the certified category ever since the American FAA announced that O-M aircraft will never be allowed to fly in US airspace or sold in the USA. Overall this category continues to stagger along with very minimal interest from owners.

Advanced Ultralights remained in fifth place for growth in 2013, increasing their numbers by only 17 airplanes, compared to an increase of 27 in 2012. Their growth in numbers in 2013 made up 3% of the private fleet increase and brought the total number of AULAs on the civil register to 1,193. By the category definition, all AULAs are powered, fixed wing aircraft.

The AULA category was introduced in 1991 and therefore 2013 was its 22nd year. The category has increased its numbers at an average of 54 aircraft per year and so can hardly be considered the success that was anticipated when it was started. As in the past five years, the number of AULAs added in 2013 was well below the average from the category's earlier years. This seems to indicate that the category is slowly dying out, a trend mostly likely linked to the high price of new AULAs and their American counter-parts, Light-Sport Aircraft.

In 2013 the commercial aircraft fleet increased by just two aircraft to bring it to 7,013. The numbers show an increase of five airplanes and no helicopters, offset by a decrease of three balloons. The biggest commercial fleet growth was in three-engined aircraft, with four added, while twins shrunk by 76 aircraft.

In round numbers, at the end of 2013 the private fleet made up 80% of the aircraft in Canada, with the commercial fleet at 19% and the state fleet at 0.7%. As commercial aviation fails to grow over time private aviation is making up a greater proportion of the fleet.

World oil prices ended 2013 at US$100.32 for North America (WTI) and US$112.18 for Europe (Brent). These were up slightly, $10 and $2 respectively, from a year ago, showing the careful balance between poor economic conditions reducing oil demand and associated prices and economic recovery increasing demand and prices. Poor economic conditions result in less flying because people have less money, but with world oil production stagnant now for nine years, economic growth increases demand for this limited resource and results in higher oil prices and the inevitable reduction in flying hours. Aviation data from 2013 once again indicate that high fuel prices are restricting private flying.