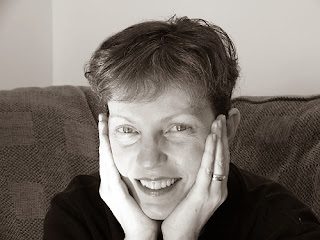 While she trained dozens of students to licence standard, Ruth will probably best remembered for her tireless contributions as a COPA volunteer during the years I worked there, 2000-07. She manned COPA trade show booths, sold COPA Collection clothing at COPA conventions, edited all the COPA Guides and hundreds of articles published in COPA Flight and flew with me to many fly-ins and meetings, happily conversing with members in English and French equally well.

Ruth's favourite aircraft type was the Cessna 172, which she flew for most of her teaching career, but her small size and light weight meant she was often relegated to a Cessna 152 with a heavier student. She had a lot of affection for the military C-130 Hercules freighter and flew on them several times as a SAR spotter.

We owned four aircraft together, including one we built and two we restored, but by 2006 Ruth's multiple sclerosis had resulted in persistent vertigo that made flying unpleasant for her. She kept her interest in aviation, though, working quietly behind the scenes, editing hundreds of aviation articles for publication, attending Flight 8 meetings, airshows and fly-ins whenever her health allowed.

Ruth's cheerful and kind nature won her many friends throughout the aviation world, as in all the other facets of her life. She was keen on so many things, like aviation, astronomy, bread baking, Buddhism, crochet, cross country skiing, cycling, camping, hiking, Linux, meteorology and music. She made friends through all her interests. She will be sorely missed by many people, especially by me, as we were inseparable partners in everything for over 17 years.

In lieu of flowers or other gifts, donations can be made to Ruth's favourite charity, Sati Saraniya Buddhist Hermitage, to allow them to carry on their valuable teaching work.

Losing Ruth leaves a huge void in my heart. But she has touched so many and her light of friendship, love, generosity, selflessness, curiosity, zest, intelligence, strength and courage will shine on and inspire me on the rest of my adventure in this life. I love you Ruth Person.
Jane

Losing Mom has been hard and I know she tried hard to fight. I promised her that I would read her book and I like what she wrote, not what someone else wrote, especially when there is a complete lie in one section. My last conversation was her memories of us kids' births which she told me they "were the happiest days" of her life. I am so glad we had that conversation and saved it. She was so funny and always very happy, even when she was having a bad day. This is something I have never seen in others. RIP Mom, you are free.

I just happened upon this site when searching for catrike bike pressure info, of all things! It sounds that Ruth crammed a lot of living into her 49 years. I like her. And I miss her though we'd never met.
Karen Chronister