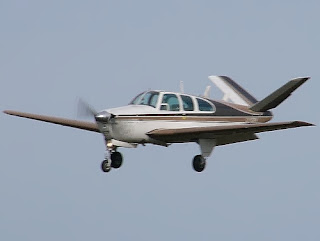 The sale really wasn't much of a surprise as the company had been through a complete turn around and emerged from bankruptcy ready for sale. What was a surprise was that it wasn't bought by Chinese or Middle Eastern interests, but by Textron, an American company that also owns Cessna and Bell Helicopters.

The purchase had been rumoured a week or two ago by multiple news outlets but neither Textron nor Beechcraft confirmed it until Boxing Day.

The news is very good, as, not only will Textron keep building King Airs, which fit nicely into the niche left when Cessna stopped building multi-engined turboprops, but the Hawker Beechcraft 4000 and Premier 1A jets, which Beech had tried to sell off separately, will also be supported. It seems unlikely that they will build more Hawker Beechcraft 4000 and Premier 1A aircraft, but the existing fleet will be kept flying as Textron bought the type certificates.

The question of what will happen to the Bonanza and Baron piston-powered aircraft lines is unanswered at this point in time, but neither aircraft has a competitor in Cessna's current offerings, so their production may continue as well. I expect there will be more news on this in the early part of 2014, so as not to inhibit potential sales.

Here is my current list of western aerospace firms bought out so far by non-western interests. Note that Beechcraft isn't on the list!

Textron CEO Scott Donnelly indicated that Beechcraft and Cessna would be combined to form a new light aircraft manufacturing concern that will result in US$65M-$85M in annual savings over keeping the companies separate.