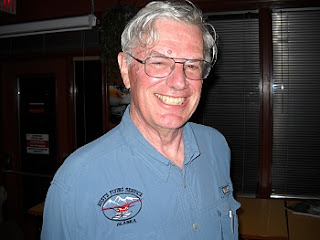 Well-known (at least to Flight 8 members) globe-trotting pilot Al Hepburn of Pembroke, Ontario is off on another adventure and the Flight 8 blog will be posting updates from Al as he does his trip.

The proposed route is Dubai – Muscat – Amehabad, India – Agra, India, Kolkuta, India – Bangkok – Vientanne – Ho Chi Minh City – Hong Kong. At this point, there’s a big question mark on whether my client, Wei Chen (his website) will be able to fly in to China. He has apparently located a Chinese pilot to help him do this. I was not interested in flying in an environment where ATC was not in English. After China, the plan is to proceed to Seattle via Sakhalin, Russia – Petropavlovsk – Anadyr and Anchorage Alaska. Wei’s main objective appears to be publicizing his trip. He has several publicity events set up that cannot be missed. No harm in hoping, I guess.

At this point, the major challenge appears to be getting through the monsoon in India, which sounds kind of scary. You can get an idea of the weather in close to real time by looking at this website.

Remember, India is Z+5.5 hours. Although I intend to use Eurofpl to file the flight plans, there is no real-time tracking available in that part of the world, though Wei does carry Spidertracks which provides tracking to those with whom he is in contact.

The other challenges are the Indian bureaucracy, and what will happen in China. If I’m off the program for 10 days while Wei is in China, Carolyn may come out to Hong Kong to join me. Since Russia is now a known quantity, the bureaucracy there does not loom so large as it otherwise might.

So, I’m off to Dubai tonight. I’ll send a progress report when there is some progress to report. Wish me luck. Stay tuned.