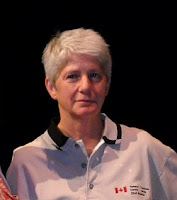 Transport Canada Civil Aviation Safety Inspector Oonagh Elliott made a note of some questions asked by attendees at the Safety Seminar that was presented as COPA Flight 8's September meeting.

Here are the questions and the answers:

Pilots are required to have a radio-telephone operators' certificate when operating an aircraft radio. One attendee indicated that his certificate was included in his old paper licence. However, as that licence is no longer valid, and he is using the Aviation Document Booklet, he should obtain a replacement radio certificate from Industry Canada. They will do this free of charge. What people in this situation need to do, is email their request to Industry Canada at spectrum.certificates@ic.gc.ca. They need to provide their full name, date of birth and mailing address.

The five minute reference is contained in CAR 602.101 and it is qualified by a "where circumstances permit" statement.

General procedures in the vicinity of an aerodrome are contained in CAR 602.96. MF procedures for VFR and IFR are contained in CAR 602.97 to 602.103 IFR procedures at uncontrolled airports are contained in CAR 602.104. This clarifies the fact that IFR aircraft are NOT required to conduct a VFR circuit when arriving at an uncontrolled airport. They have several options to choose from depending on the circumstances of the day. They are operating under IFR, which requires them to follow published IFR procedures, including published approach procedures. These procedures generally involve a straight in on final approach to the runway from an FAF. The pilot may choose to conduct a circling approach in some cases, which may or may not have a higher inherent risk in itself. He may alternately choose to cancel his IFR flight plan and then conduct a VFR arrival, however, once the flight plan is cancelled, the SAR portion also disappears, therefore, there is a higher inherent risk in this case also. The key is communication between all traffic to sort out any potential conflicts.

Must be filed, and must be opened on departure. COPA/AOPA have both published guides relating to transborder flights.

No new information was available on this subject.