Book Review: Queen of the Hurricanes - The Fearless Elsie MacGill 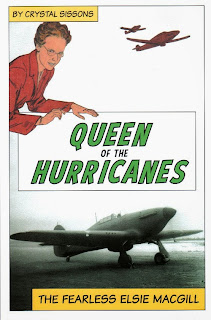 Elsie Gregory MacGill described herself as an ordinary person, but she certainly lived an extraordinary life.

MacGill was born in Vancouver, in 1905, to a famous mother, Helen Gregory MacGill, a noted professional who became a judge and a life-long feminist herself. When Elsie MacGill was young, women won the right to vote in Canada, but that was only a start in the crusade for equality in which MacGill was to play a key role. She went on to graduate from the University of Toronto as the first woman engineer in 1927. Left disabled by a bout of polio, she persevered, although walked with a cane much of her life. Two years later she had a master's degree in aeronautical engineering. She then worked for Fairchild Aircraft and then moved onto Canadian Car and Foundry (CCF) in Fort William (now Thunder Bay), as Chief Aeronautical Engineer. There she designed the Maple Leaf II biplane, the first aircraft designed by a woman.

It was at CCF that she found herself when the Second World War broke out and she became responsible for Hawker Hurricane production and the later conversion to building the troublesome Curtiss SB2C Helldiver dive bomber. Leaving CCF under a somewhat scandalous shadow, she soon married Bill Soulsby, who had been CCF's General Manager, in 1943. She quickly started her own engineering consulting company and, due to her high degree of engineering skill, her feistiness and tenacity, never found herself short of work.

MacGill became very involved in a number of groups working to further women's place in Canadian society. Initially skeptical that there was a problem to even be solved, MacGill started to see that other women were being disadvantaged in ways she had never encountered in her time in the field of engineering. She joined the Canadian Federation of Business and Professional Women's Clubs of Canada and quickly became the head of the organization. Her boundless energy lead her to be named as a commissioner on the federal government's Royal Commission on the Status of Women that ran from 1967-70, helping shape its final report. After the commission had completed its work she continued touring and speaking about the commission's report, encouraging people to read it and keep the pressure on government to implement its recommendations.

MacGill was named to the Order of Canada in October 1971 and died suddenly on 4 November 1980 from a lung infection. She was 75 years old.

Today she is remembered through the many awards and the recognition she was accorded during her lifetime and also through the Elsie Gregory MacGill Memorial Foundation, founded in 1984 by her many feminist and engineering friends. 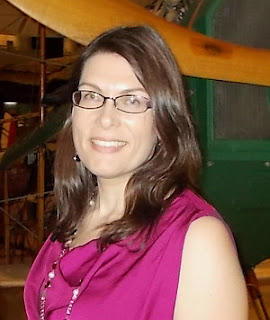 In taking on this biography, independent historian Crystal Sissons has created a fitting tribute to an important Canadian figure. The book is officially "A Feminist History Society Book" and Sissons states in her introduction that it is primarily though biographies that much of women's history is preserved. She holds closely to that aim throughout the book, but don't think that this is a book of feminist doctrine, because it isn't. It is a fair and balanced look at an ordinary person who lived an extraordinary life. MacGill clearly got many things in her life right, but she made mistakes as well and these are fairly described in Sisson's text.

The book is very well-researched and footnoted, although to save space the footnotes are located on the internet instead of on paper, an interesting approach. Sisson's writing is both engaging and scholarly, without being at all dry and the reader is left feeling they would have known and liked MacGill herself. The one aspect of her life I would have liked to have heard more about was her relationship with her husband, Bill Soulsby, as there is not much detail provided. Soulsby must have had some interesting thoughts on being partner to a remarkable engineer and feminist like MacGill and must have accompanied her on many of her speaking engagements. Sissons notes that MacGill was a very private person when it came to her personal life and so it was likely just due to lack of source material that more was not said on the subject of their relationship.

Queen of the Hurricanes - The Fearless Elsie MacGill belongs on the bookshelf of anyone interested in engineering, aviation, feminism or Canadian history. You don't have to have an interest in all of those subjects to find this an engaging and thought-provoking read.