Book Review: Polar Winds - A Century of Flying the North 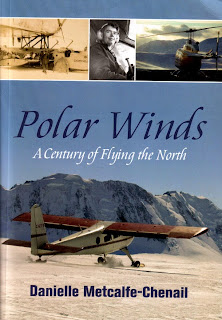 Polar Winds - A Century of Flying the North is Danielle Metcalfe-Chenail's second book, following on the success of For the Love of Flying: The Story of Laurentian Air Services. Polar Winds was launched late in 2014.

In taking on the story of aviation in Canada's north, Metcalfe-Chenail was left with some choices. She decided to make 60 degree north her latitude cut-off, recognizing its arbitrary nature. She also recognized that covering the complete history of northern aviation would be a daunting task. In the book's introduction she notes that Polar Winds is "not an exhaustive history, but a representative one." She has attempted to tell the key stories and also stories that typify northern aviation, intentionally making sure that people usually left out of these sorts of histories, such as women and native people, have their stories included as well. The book is profusely illustrated, using a wide range of period photographs and a much-needed two page map of the north.

In researching this book Metcalfe-Chenail proved no armchair historian, preferring to walk the ground and dig up the stories first hand. While working on this book she lived for three months at the Berton House Writer's Retreat in Dawson City, wading through northern archives and libraries, as well as interviewing people. She also travelled throughout the north, flying on Air North's turboprop airliners to places like Whitehorse, Dawson City and Old Crow. She flew on Buffalo Airway's antique DC-3s and Norseman bush-planes in the summer and winter, piloted on occasion by "Buffalo" Joe McBryan himself. She saw ice fog over the Mackenzie Delta, as well as the midnight sun. 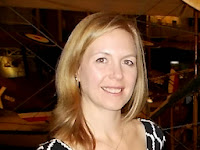 History books like this are specialist publications and doing all that travel, spending the time writing and doing research over such a wide area wouldn't make sense without the financial support the author received from the Canada Council for the Arts, the Edmonton Arts Council and the Fox Moth Society of Yellowknife. Her publisher, Dundurn Press of Toronto, is also supported by the Canada Council for the Arts and the Ontario Arts Council.

The book starts with stories of the Klondike gold rush during the last years of the 19th century, when Dawson City filled up with prospectors, miners and a lot of hangers-on, all looking to get rich. Travel to Dawson was a slow and perilous process with some people taking up to two years to get there from Edmonton. Many people sought to shorten the trip with air travel by balloon, airship and later airplane, although none succeeded until much later, after the gold rush was long done. The first person to fly over Dawson City was "Professor" John Leonard, who in 1899 shipped a balloon to the city and made several ascents and parachute jumps, all in exchange for passing the hat for donations. No other aeronaut did as well in the north.

Polar Winds continues with the stories of many northern aviators, like Dolar De Lagrave who flew a glider in Dawson City in 1927 and American barnstormer Clarence Prest who flew a Standard J-1 into the Yukon but was denied carrying passengers for hire for competitive reasons, not that there were any Canadians to compete with. The book goes on to cover many dozens of tales, including the RCAF's Hudson Strait expedition, the American Alaska Air Expedition, the mineral exploration boom of the 1930s, flying the mail, the flying fur trade and, of course, the manhunt for the Mad Trapper of Rat River, when aviation proved its worth and helped the Mounties get their man.

The book covers the exploits of not just individual pilots, but the RCAF, RCMP and other organizations that flew the north, including the Hudson's Bay Company. The stories of building both the poorly-planned Alaska Highway and the Canol Pipeline during the pressure of the Second World War are included, along with the Cold War defence stories, such as the building of the DEW line. The scourge of tuberculosis that ravaged native populations and required air travel to treatment facilities, is here as well. Metcalfe-Chenail doesn't shy away from the darker and more controversial uses of aviation, such as its part in taking native children to their fates at the residential schools. She also covers the story of Fred Carmichael, Canada's first indigenous pilot, as well as women aviators such as Lorna de Blicquy, who became the nation's first female Department of Transport inspector following a career flying up north.

While not dwelling excessively on the hazards, Metcalfe-Chenail also includes a chapter on some famous crashes, searches and survival stories, plus some stories of wrecks that had less positive outcomes, some being found only years later. She gives coverage to helicopters and ultralights employed in the north as well.

Polar Winds - A Century of Flying the North is definitely a worthwhile addition to any aviator's bookshelf.

Danielle Metcalfe-Chenail continues to write in her current position as Edmonton's Historian Laureate.