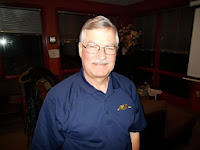 Ottawa, Ontario—November 27, 2014 —COPA’s Board of Directors today announced that Kevin Psutka has declared his plans for retiring from his position as COPA's President & CEO in 2015.

"Kevin’s extraordinary vision and leadership guided COPA through times of tremendous change," said Trekker Armstrong, Chairman of COPA’s Board of Directors. Mr. Psutka, with 18 years tenure in his current position, has proven to be one of the most knowledgeable Executives on general aviation matters in Canada’s Personal Aviation sector.

With over 5000 hours flying experience, including commercial fixed-wing and rotary licences, Mr. Psutka has firsthand experience with past and present challenges facing our sector and very knowledgeable of the future challenges our sector will face. As President and CEO, Mr. Psutka’s duties and responsibilities are wide ranging. In this capacity he is liaison and primary contact person for: Transport Canada, Nav Canada, other Canadian Aviation Associations, AOPA and EAA plus US & Canadian Border Agencies. This extended beyond North America to the International Civil Aviation Organization (ICAO) and The International Council of Aircraft Owner and Pilot Associations (IAOPA), where he serves as Vice President for North America.

COPA is the largest aviation Association in Canada covering Personal Aviation – that sector of General Aviation where aircraft are flown for personal travel and recreation. COPA is also the 2nd largest AOPA in the World. COPA protects Personal Aviation and promotes it as a valued, integral and sustainable part of the Canadian Community.

This story made AVweb as well!