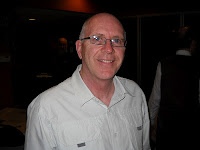 Our April 2012 COPA Flight 8 meeting was a briefing by Rob Bishop, Senior Pilot Specialist at Nav Canada. The briefing was very complete but did raise some questions that couldn't be immediately addressed. Bishop was kind enough to note these questions and find the answers to them. Here is his report.

1. How can I tell on the IFR LO Enroute charts where Class E (controlled) airspace begins and ends?

On the LO Enroute charts Control zones are depicted with their class of airspace (except in areas represented by a terminal area chart).

In the white areas under airways and air routes, in most cases Class 'E' begins at 2,200' AGL with Class G below. However, there are instances where the floor of Class E begins at 700’ AGL. There is no way to tell on the charts where the Class 'E' at 700' AGL is located.

For any of the other areas in white, which represent control area extensions such as terminal airspace, there is no way to determine at what altitude Class 'E' airspace begins - or any other Class of low level airspace for that matter - without referring to a VNC or VTA chart. In other words, the IFR LO enroute charts only provide part of the total airspace picture.

In summary, the LO Enroute IFR charts only provide a limited amount of information on airspace class and dimensions. Pilots must refer to the VFR charts to get the complete airspace structure.

2. The NOTAM for the displaced threshold due to trees on RWY 04/22 at the Ottawa, Carp airport has been in place for years. Why?

3. The preferred IFR route from Ottawa to the Billy Bishop Toronto City Airport is YOW VERGA ILIXU Arrival. The ILIXU Arrival requires me to be at 14,000' at the DUSUB waypoint, but this altitude is not practicable for unpressurized GA aircraft like my C172. How will ATC accommodate these types of aircraft? Should I file a different route instead?

The preferred routes listed in the CFS are not exhaustive and if they do not work for a particular pilot or aircraft then a route that is more acceptable should be filed. To discuss options for filing a route from Ottawa to the City Airport, a pilot could call the ACC at the number listed in the CFS under Toronto LBPIA - (905) 676-4590/4591/4592 or 888-217-1241.

4. How do I know what the MOCA is (lowest safe altitude I can descend to while maintaining appropriate obstacle clearance) when flying STARs or SIDs?

There is no way for a pilot to know what the safe obstacle clearance altitude is by reference to the SID or STAR chart only.

If the pilot cannot maintain the altitudes specified in the SID/STAR, then they would obviously notify ATC. The controller would then advise the pilot of the safe altitude in that area based on the Minimum Radar Vector Altitude (MVA), which provides 1,000' of obstacle/terrain clearance (2,000' in mountainous areas). Any descent below the MVA would be at the pilots ‘discretion’ and would require reference to a VNC or VTA chart to determine the actual elevation of terrain or obstacles.

5. The CYRs around Parliament Hill and the Prime Minister's residence are depicted with different diameters on the VTA chart compared to the VTPCs in the CFS. It is important pilots know exactly where the borders of this airspace are so it can be avoided. Which are the correct depictions?

When the VTPCs in the CFS reach a certain scale, it sometimes becomes impracticable to depict a small discrete portion of airspace such as the downtown Ottawa CYRs. In the case of the Ottawa/Gatineau and Ottawa International VTPCs the CYRs are depicted as solid black dots while on the Ottawa/Rockcliffe VTPC, due to its larger scale, they are depicted as their actual dimensions.

To remedy the situation, AIS is investigating whether or not the scale criteria for depicting black solid dots instead of the actual CYR dimensions were properly applied with the Gatineau and International VTPCs. This includes determining what the standard size should be for the black dots. In addition, the dimensions of the CYRs on the Rockcliffe VTPC will be adjusted to their actual size and the depictions on the VTA will be verified also.

6. The RNAV routes from London to Maxville are almost a straight line but are full of minor jogs with waypoints. Why do the new RNAV routes have so many waypoints with minor deviations when the basic premise for RNAV routes is to allow more direct or straight line flights?

The RNAV routes require minimum distances from some airspace boundaries and other VHF and RNAV routes and this 'juggling' of spacing requirements in the complex airspace in southern Ontario resulted in many minor jogs and bends. In addition, depicting great circle RNAV routes on a two dimensional map and magnetic variation changes along a route contributed to deviations from a strait line. Although effort was made to keep the routes as straight as possible, meeting other requirements and standards has resulted in the numerous waypoints and crooked paths.

7. The link to the Nav Canada "ONBOARD" publication on the front page of the web site should be in a 'fixed' location and not in the 'rolling or flashing window'. This type of web feature does not represent 'best practices' in web design. It is antiquated and ineffective and makes it very difficult to find the desired publications.

This suggestion has been passed on to our IM personnel responsible for designing the web-site.

8. When I am on an IFR flight and using Flightplan.com I will get an update from them on changes to my clearance prior to receiving the change from ATC via the radio. If Flightplan.com can get this information from Nav Canada ATC, why can't Nav Canada provide it directly to us via the new internet flight planning system CFPS (Collaborative Flight Planning System) in the same manner that VFR flight plans can be updated 'live'. In addition, it would be beneficial if the pilot could know their expecting routing in advance as this would save workload for the pilot and controller, especially for unexpected clearances and given the current RNAV operating environment with strangely worded waypoints and complicated routes

Nav Canada provides the FAA with flight plan data and this is where Flightplan.com get their information.

The same two-way communication now available between CFPS and VFR pilots should be available to IFR pilots and their flight plans this summer.

Having the ability for IFR pilots to query ATC (via the Canadian Automated Air Traffic System - CAATS) for the likely route is a great idea and a definite improvement for Nav Canada and pilots alike. Nav Canada Operational System Requirements will explore this once two-way communication with CAATS is in place. Providing updates to pilots on the flight plans, etc using email, text or other means is on the list of CFPS activities.