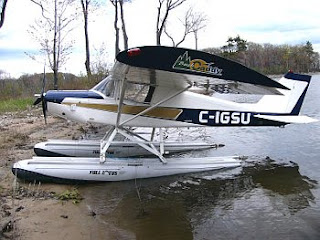 Having tonight received a phone call from a potential BushCaddy customer in Victoria, Australia, I have just become aware of this issue. As the owner/builder of Australia's highest hours flown BushCaddy (R80 19-4564 with 362 hours) I am appalled that a government agency can commit such a gross "stuff-up" as has occurred. I chose the BushCaddy kit because its engineering is obviously conservative, and in my flying experience this has been well proven. I have every faith in CLASS's product and sincerely hope that any damage done to Sean & Marlene's reputation will be addressed by the authority concerned.
Regards from Beetaloo Valley, Sth Australia
John Birrell

I have owned a BushCaddy for almost 10 years now. The very first thing that you will notice when you take a close look at a BushCaddy aircraft is the very sturdy construction.I wanted to own a plane that I felt very safe in. I definitely feel safe in the Bushcaddy,and would recommend this plane to anyone who is looking for a very sturdy built,good looking and good performing aircraft. When I read the article in the Aviation Safety Letter the first thing I thought was there has to be some kind of mistake. As it turns out there was a huge mistake and both the Transportation Safety Board and Transport Canada owe CLASS a lot more than an apology.If I ever do read the Aviation Safety Letter again I will always be wondering if what I am reading has any truth to it. Anthony van Dyk

Well now TSB has an aircraft to investigate, one crashed this weekend east of Belleville,Ontario killing the pilot-owner.My best regards to the Wood's family and friends.

The irony: Bushcaddy doesn't want people to make the connection that the Delisle CADI aircraft are related to theirs in any way, and yet there are 7 of them shown on the Bushcaddy website, where they are used to advertise different current models in the Bushcaddy lineup. Run the registrations through the Civil Aircraft Register and you'll see...

Well to be fair the company has gone through three owners since the accident aircraft was built and the design of the R-80 has changed considerably. On top of that I haven't sen any indication that this accident was related to the design in the media reports. Does anyone have other information on it?

(sorry, had the wrong registration the first time... C-G instead of C-F)

According to reports, the accident aircraft was C-FSLO, which was a "Delisle CADI". That's all i've got.

Oh, and the aircraft in the photo at the top of this article is also registered as a Delisle CADI. :)

Yes indeed, the Civil Aircraft Register shows the accident aircraft as being made in 1994, which makes it a "Delisle" and not a later "CLASS"" or "Bushcaddy Aircraft Canada" kit.

Again there is no indication that I have seen in the media reports that this accident was in anyway a design issue or even a construction issue. Of course the vast majority of aviations accidents are due to pilot cause factors, but we need more information on what happened in this case.