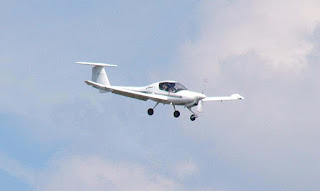 Growth in the Canadian private civil aircraft fleet was essentially flat in 2016, growing by just 34 aircraft, or 0.12%, essentially nil growth. This was the lowest number recorded since the turn of the millennium and far worse than at any time during the recession of 2008-10.

Since 2001 the best growth we have seen was in 2008, just before the recession hit, when the private fleet grew at a peak rate of 3.2%. As the accompanying graph shows this is not a one year blip, but is a long term structural change happening in private flying, one that is being driven by some larger economic and demographic forces.

The forces at work here probably include the ongoing flat state of the Canadian economy, the low dollar relative to the US and demographic factors involving an aging pilot population. The figures for 2016 don't yet reflect the effect of higher oil prices that are expected in 2017 as a result of the OPEC and non-OPEC production cuts that won't be felt until much later in the new year, or new government carbon pricing initiatives.

The US economy continued to do well in 2016 and its dollar remained fairly high against the Canadian dollar. With the Canadian dollar ending the year at 74 cents US, Canadian aircraft asking prices in US dollars have dropped enough to result in a net flow of used certified aircraft out of Canada.

For the first time in the 21st century, the overall Canadian civil fleet size, including private, commercial and state aircraft, actually shrunk in 2016.

In 2016 the total Canadian civil fleet decreased in size by four aircraft, down from an increase of 66 in 2015. In 2016 the private segment of the fleet increased by 34 aircraft, while the commercial aircraft fleet decreased by 28 aircraft and the state fleet, those aircraft owned by the various levels of government in Canada, shrank by ten aircraft. Overall the civil fleet size was essentially flat in 2016.

In 2016 the changes to the private certified fleet were made up of a reduction of 127 airplanes (notably including 42 twins), 31 helicopters and three gliders.

BULAs were once again where the growth was in private aviation in 2016. During the year the category increased by 104 aircraft, virtually unchanged from the growth of 101 in 2015. There were 6,120 BULAs registered at the end of 2016.

The enduring attraction of this category undoubtedly remains that it is the lowest cost way of buying an aircraft.

Amateur-builts were in the number three growth position in 2016, increasing by 28 aircraft, although down from an increase of 44 in 2015 and 67 in 2014. Interest in this category seems to be waning over time. In 2016 the aircraft added were made up of 22 airplanes, four helicopters and two gyroplanes. Airships, balloons and gliders saw no new net additions this past year.

Amateur-builts now number 4,208 in Canada and include a wide variety of aircraft, from fixed wing airplanes, helicopters, gliders, gyroplanes to balloons, airships and even one ornithopter, although the latter is confined to a museum.

Advanced ultralights were in fourth place for growth again in 2016, increasing their numbers by only five airplanes, well down from 20 in 2015 and 17 in 2014. Their growth this year brought the total number of AULAs on the civil register to 1,235. By its category definition, all AULAs are powered, fixed wing aircraft.

The AULA category was introduced in 1991 and therefore 2016 was its 25th anniversary year. The category has increased its numbers at an average of 49 aircraft per year since its inception and so can hardly be considered the success that was anticipated when it was started. As in recent years, the number of AULAs added in 2016 was well below the average from the category's earlier years. The low sales figures are mostly likely linked to the high price of new AULAs and their American counter-parts, Light-Sport Aircraft. US LSAs are likewise seeing very anemic sales numbers, far below expectations.

In 2016 the commercial aircraft fleet decreased by 28 aircraft to bring it down to 6,920. The numbers show a decrease of seven airplanes and 23 helicopters, with an increase of one commercial gyroplane.

In round numbers, at the end of 2016 the private fleet made up 80% of the aircraft in Canada, with the commercial fleet at 19% and the state fleet at 1%, all basically unchanged from 2015.

Aircraft imports into Canada in 2016 numbered 398, which was down from 506 in 2015 and well below the 968 imported during the pre-recession days of 2008. Canadians are just not buying foreign aircraft like they once did, likely due to the low dollar and demographics taking more people out of flying than coming in.

In 2016, 786 aircraft were exported, giving a difference of 388 favouring exported aircraft over those imported.

As recent survey data shows, recreational flying is something being done by an increasing older group of participants each year. This is a concern from several perspectives, as people retire from flying due to age or leave for medical reasons and few young people enter the field. This means that used aircraft prices fall due to fewer buyers, airports and aviation businesses close due to loss of customers and overall aviation shrinks due to loss of participation, fuel and insurance sales drop. This all reduces economies of scale, makes it more expensive and less attractive over time to get into. As the flying population ages, it is also increasingly seen by younger people as something only done by older people.

This is not a universally-seen effect across the range of all recreational activities, however. Many Canadian sailing clubs, for instance, report strong numbers of new youth and young families joining, for both cruising and racing, driven by such factors as low costs, low regulatory barriers and low environmental impacts, areas where aviation has trouble competing for participants. So it isn't that young people are just playing Pokemon-Go and avoiding all other activities, but that aviation specifically is not attracting them.

World oil prices increased near the end of the year to around US$56 per barrel due to the anticipated OPEC and non-OPEC production cuts, which are aimed at eliminating the current world oil glut and increasing oil prices in 2017. A prolonged increase in the price of fuel will likely reduce demand for aircraft and result in dropping used aircraft prices. OPEC seems to be intending to increase their returns on their conventional oil supplies, while not letting prices get high enough to allow the increase of North American shale and oil sands production back to previous levels. If they miscalculate, create a shortage and oil prices increase back to over $100 per barrel, this will probably strengthen the Canadian dollar and reduce used aircraft prices for Canadians, even as it increases aircraft operating costs.