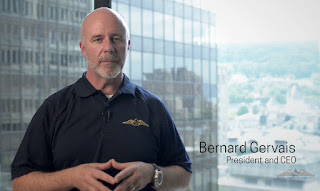 COPA’s Board of Directors today announced that Mr. Bernard Gervais has been appointed as the next President and CEO of the Canadian Owners and Pilots Association. He will officially begin his term on July 1st, 2015.

The Succession Committee of the COPA Board, went through a structured and disciplined recruitment process and was fortunate to have attracted numerous qualified applicants. We wish to thank and acknowledge those applicants who sought to contribute to the success of the Association.

Mr. Gervais is the Past Chairman of the Board of the APBQ (The Quebec Aviators and Bush Pilots Association) and is an outspoken advocate for personal aviation. He has actively collaborated with Transport Canada, NAV CANADA and Community stakeholders on numerous cases. Mr. Gervais has been instrumental in organizing air rallies and provincial air tours to promote general aviation and flight safety. He holds a Private Pilot’s license with a Night and Seaplane endorsement. He flies a 2008 Maule MX-7 on wheels, floats and skis.

As President and CEO, Mr. Gervais’ duties and responsibilities are wide ranging. Mr. Gervais will be responsible for providing valuable membership services, contributing to the corporate strategy and business plan, leading and integrating corporate goals and deliverables, while influencing government bodies. He will be the liaison and primary contact person for entities such as Transport Canada, NAV CANADA, other Canadian Aviation Associations, AOPA and EAA, as well as US and Canadian border agencies. Mr. Gervais will work with the COPA Board regarding corporate governance, while leading and managing a small team of dedicated professionals at COPA's national office in Ottawa.

Mr. Gervais will attend COPA’s Annual General Meeting on Saturday, June the 20 th at St. Andrews Airport (CYAV) in Manitoba. He welcomes the opportunity to meet with COPA members and with others in the broader aviation community.